Ideas for Valentine's Day: a romantic car journey in Málaga

February 14 is in full swing! We have calculated how much it would cost to go on a romantic Valentine's Day trip to Málaga by car. 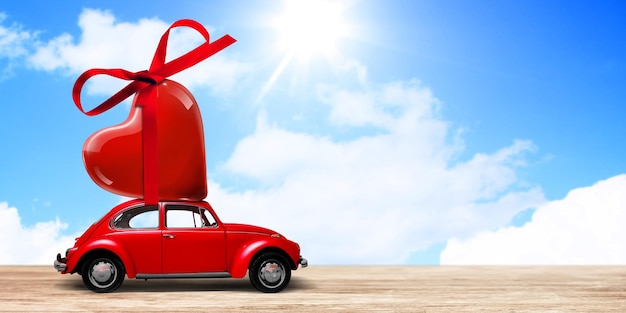 We have detailed information about prices, weather and winter holidays in Málaga. Málaga is a city which brings together Europe and Africa and which has erased the boundaries between cultures and religions. Travelling to the south of Spain with your loved one in winter will give you the chance to take excursions and sunbathe on deserted beaches.

Travelling through Malaga in winter

February weather in 2022 is particularly warm, with temperatures never dropping below +20 and water at +18.

Winter is the low season for Malaga, but experienced tourists know the advantages of a holiday in Spain in winter. While there is no rush of people, prices are much lower and there are no queues in the museums and parks. On the beach in February, locals are lounging, relaxing after work, having picnics and walking with children.

Prices for accommodation in Malaga in February

Prices for accommodation in Málaga in February are the lowest of the year:

Malaga's resort hotels with swimming pools offer stays at reduced prices from €70 per room with breakfast and spa discounts. Hostels accept guests for €10-13 per person in a shared room.

Prices in restaurants during winter are also encouraging, lunch will cost €10, while dinner with wine or beer will cost €15. A coffee with milk at a café overlooking the sea will cost €2, a beer €2,5, a pitcher of wine €3. The seafood, fresh fish and local delicacies in Málaga are highly recommended.

The best place to go for this is in the area around El Palo beach, a fisherman's area where locals shop. Apart from various sizes of prawns, a traditional dish worth checking out is the fried anchovy, which costs from €6 a serving.

Overall, in Europe, Spain has become the most booked European destination for travel between 11 and 14 February and the second most booked in the world (after the United States), according to online travel platform Kiwi.

Whether you want to try charcoal churros and octopus, see a show of birds of prey or a bullfight, there is plenty to see and do in Málaga and its surroundings. There are activities for those whose souls cry out for passion, fire and flamenco.

Sitting in the stands of a Roman Amphitheatr, saying hello to the Renaissance One-Handed Lady and peeking into Picasso's room, it is easy to turn a walk around Málaga into a journey through time.

If the first thing you would do in Barcelona would be to head to the Rambla, in Malaga be sure to take a walk along Calle Marques de Larios. This pedestrian street is cool even on the hottest day. Sheltered from the scorching sun in the summer and brightly lit in the winter, it beckons you into its boutiques, shops, souvenir shops and cafes.

You can catch a glimpse of a music festival or a Spanish designer fashion show. You certainly can't leave the Marques de Larios without shopping.

The birthplace of flamenco in the heart of Andalusia, passionate music can be heard from every window. Spontaneous street dance battles or solo performances are not uncommon, just because the soul asks. The most famous theme shop on Marques de Larios is Flamenka. It sells dancing outfits and shoes, fans, castanets and music from different flamenco genres, hard to believe, but there are over fifty.

Watch the performance at the Teatro Romano

Wherever you dig in Spain, you'll find a sight to behold. In 1951, Malaga undertook to renovate the communications of the House of Culture and discovered a Roman theatre from the first century BC underneath it.

It turned out that the scale of the ancient theatre was so enormous that the House of Culture had to be demolished and the excavations themselves dragged on for forty years. The restored Teatro romano de Malaga, on the other hand, has seats and a stage and the acoustics are so perfect that it is now used again for concerts and shows, just as it was two thousand years ago.

The imperfection of La Manquita

Malaga's most famous long-running building, the Cathedral, has been popularly nicknamed "The One-Handed Lady", La Manquita. In its appearance Gothic, Baroque and Neoclassicism are mixed up, but not because the architect could not decide on the style, simply construction started in 1528 and lasted more than 250 years.

In the end there was not enough money and the second tower arm was never erected. The Spaniards seem to find particular charm in incompleteness: the Sagrada Familia in Barcelona is still bristling with scaffolding, which does not prevent it from being one of the most famous landmarks in the world.

The giant La Manquita hasn't become iconic, but missing out on 'the main Renaissance gem in all of Andalusia' would be a shame.

Take selfies with a view of the Malaga city

The most breathtaking views of Málaga are from the Arab castle of Gibralfaro and the Berber fortress of Alcazaba. The landscaped gardens, pools, fountains, Moorish-style carved arches and well-preserved medieval walls are all on offer.

For those looking for more than selfies, there are displays of medieval armour, weapons and ceramics. Take care of yourself and take a rental car from RentlineCar, it's easier than walking.

📌 Free delivery to the Malaga Airport