Nature has no bad weather: holidays in Malaga & Torremolinos depending on the season

Contrary to popular belief that holidays should be organized in summer, we suggest looking at the advantages of each of the seasons for a holiday in Malaga, Spain. 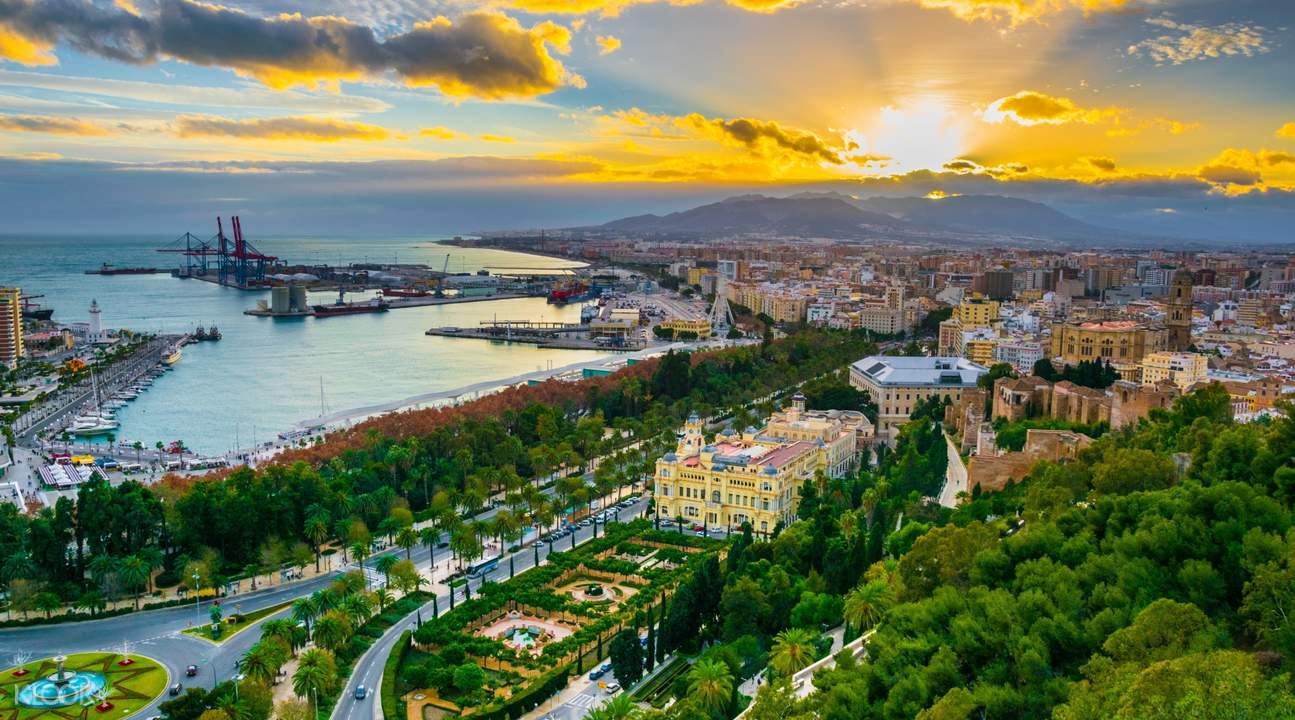 Malaga is influenced by a Mediterranean type of climate that boasts 300 days of sunshine and less than 50 days of rain per year.

Incidentally, Malaga is one of the cities in Europe with the highest average annual temperature. Between May and October the rainfall is at its lowest.

When travelling by car in Spain at this time of year, don't forget that you're going to one of the warmest countries in Europe. And Malaga is in the south of Spain, so the summer heat should not scare you.

It gets around 260 days of sunshine a year. Don't forget to pack light, thin clothing, hats, sunglasses and protective creams. An umbrella is a must, however, as the rainfall is infrequent.

Malaga & Torremolinos, like the rest of the Mediterranean coast, has their high season during the summer months. Locals Europeans with their annual summer holiday are joined by tourists from all over the world.

This is a time that allows for a combination of intense sightseeing and beach holidays. The beaches are busy in the summer and the promenade is a kaleidoscope of bars, restaurants and nightclubs, with the deafening sound of the latest hits at night. If you want to escape the hustle and bustle, the off-season is perfect.

More often than not, a beach holiday in Malaga & Torremolinos is not an end in itself but a great way to combine the best this city has to offer. The further the beach is from the center, the more likely it is to be sunbathing and swimming in relative peace even in high season. Bathing in Málaga starts at the beginning of June and finishes at the end of October.

Although autumn in Malaga & Torremolinos brings with it many beautiful days, October and November sees intermittent rainy weather accompanied by high clouds and sunshine.

Many people choose this time of year, as temperatures are high, especially at 27°C in September. Swimming is safe until the middle and end of October, although only during the daytime, as the air gets considerably cooler at night.

In general, it's not as hot in Spain during this season, with occasional showers. At this time there are fewer tourists and the water temperature is still comfortable for swimming. So for people who do not like the hustle and bustle, the autumn months are most suitable.

The Velvet Season in Malaga & Torremolinos

Because Malaga & Torremolinos have a hot summer, many tourists prefer to sunbathe on the Mediterranean beaches during the velvet season from mid-September to early October. The climatic advantages of the city are obvious, as are the lower prices.

Malaga & Torremolinos's low season starts in November. Winter is a fairly quiet time in the city, occasionally diluted with some lavish festivities. Prices in the city mostly come down and become more pleasant.

November to December sees more rainfall than in previous months. Still, it's not as much as one might think. Thanks to Málaga's mountainous terrain, the cold north winds don't have a chance to reach the city.

This is why Malaga & Torremolinos a have such a warm winter, with average temperatures of 17 °C during the day. On clear, sunny days, you can expect as much as 18 °C. January is considered the coldest month of the year, with night-time temperatures dropping to 8 °C.

Malaga & Torremolinos do see plenty of tourists in winter, although not as many as in summer or early autumn. Hardly a week goes by without a party, music festival, theatre or other form of art.

Winter in general is probably the most interesting time of year in Spain. You can travel comfortably to the south, sunbathe in the Canary Islands, or you can rent skis or snowboards and do sports in the Pyrenees or Sierra Nevada.

The long promenade, topped on both sides by stately, sprawling palms, becomes particularly attractive at this time of year for locals and tourists strolling along it on a sunny day.

The temperatures rise quickly in spring, reaching 20 °C in April and 23 °C in May. The city's alleys and boulevards are covered in flowers and lush greenery. This is the perfect time to take a trip to the local Botanical Gardens, boasting one of the richest collections of subtropical plants, which are on full display during the spring.

But brace yourself for a colder evening, with temperatures averaging between 10°C and 11°C. Some days can get very windy and misty. However, this will not last long. Don't count on the beach, because you won't be able to swim until the last days of May, beginning of June.

In March, it is still rainy and cool, in April there will be considerably less rain. At the same time, nature will bring color and romance. May is the perfect time to relax on the Costa del Sol and swim in the sea. Elsewhere in Spain, meanwhile, the weather is cooler.

Malaga & Torremolinos transform into a fiesta in the summertime! The beach season, seaside adventures and sunbathing are all here waiting for you!

June. June is marked by the Feast of St John. There are plenty of festivities including jumping over a bonfire, firework displays in the evening and swimming in the sea.

July. As Málaga is a port city, the patron saint of sailors, Carmen, is revered. Remember that it falls on the 16th of July.

August. The traditional Spanish "feria" (aka fair) opens in Málaga in August and brings with it not only delicious wine, gourmet delicacies and organic produce, but also competitions, live music and beautiful costumes.

December to January. Christmas season is a fabulous time when the streets of the city are literally resurrected from their winter sleep and decorated with millions of lights.

February. Before the start of Lent in February, the inhabitants of Málaga enjoy a 10-day Carnival, a "fiesta de la belly" and an overpowering gaiety.

March. The Holy Week, which falls on different days of March, has a special tourist attraction. It is celebrated in religious processions with all the necessary regulations.

Do you want to visit the Arab fortress of Alcázar, but you want to spend a couple of days on the beach?

If this is the case, the best time to visit Malaga & Torremolinos would be in the first half of June and during September and October. We hope that RentlineCar.com has helped you when planning your holidays in one of the Costa del Sol's jewels. And for a more comfortable stay in Malaga or Torremolinos during the cooler months, rent a car for your trip!

With RentlineCar.com you will find the best deals on car rentals on the Costa del Sol!